Fiji is represented by Christians, Eastern Indians of Hindu and Islamic descent, as well as a large group of Chinese and Buddhists. The wonderful mix of these denominations integrated in one place is a veritable religious ‘melting pot’.

While most consider Fiji to be a ‘Christian’ country, the mantra of tolerance reigns strongly above all else. The larger population base I Suva makes it a particularly choice breeding ground for all religions to live harmoniously together and it’s apparent in their collective abilities to practice the ‘Bula’ spirit together with a contagious smile and South Pacific hospitality.

So let’s take a short look a many of the more prominent religious faiths and institutions in Suva.

Out of a population of around 800,000 people, 47% are Indians and 22% of these are Hindus. Suva is home to the largest population of Indians living in one geographical area with more than 20 temples located within close range of the city. They are either small residentially owned Mandir’s or those built collectively by the Hindu organization from Suva. Each pillar in the temple is kept meticulously clean and special prayers are conveyed in the morning to ward of evil spirits or any other impurities which may have settled there during the night. This is a daily practice by all followers of the Hindu faith.

Entering this place of high regard is an honour and indeed a holy experience. The interior of the temple is always in a high state of cleanliness with a strict rule that devotees should not consume meat prior to their visit. It is a requirement that shoes must be removed prior to entering, that ladies must cover their head and everyone should be in respectful attire. It is not necessary to be in Indian apparel, but is advisable to seek further clarification on this issue before venturing indoors.

A great example of a truly beautiful temple sitting right on the outskirts of the city entrance is on Brewster St. It is a new establishment with its own hall and parking facilities.

A small percentage of the Indian population in Fiji is Punjabi. Located on the outskirts of the city, in the residential areas of Samabula, this is the only Sikh Temple in Suva. Positioned on a hill, the temple is surrounded by beautiful landscaped gardens with a sloping lawn. The temple itself is a one storey, whitewashed structure with a small garden at the entrance, where one must wash one’s feet before entering.

Again the head must be covered and men sit separately from women.

The first Christian missionaries to Fiji were three Tahitian teachers of the London Missionary Society, in 1830. As a result, the city of Suva is now home to some of the oldest and most beautiful churches in the country.

Latter Day Saints Churches are well supported in Fiji. They have their own schools situated in the Tamavua region of Suva with an impressive Church structure constructed for their followers. Entry to the Church is restricted to those of the LDS fellowship. LDS holds cultural performances in their schools and bring in international speakers to preach to the people of Fiji about the LDS faith. 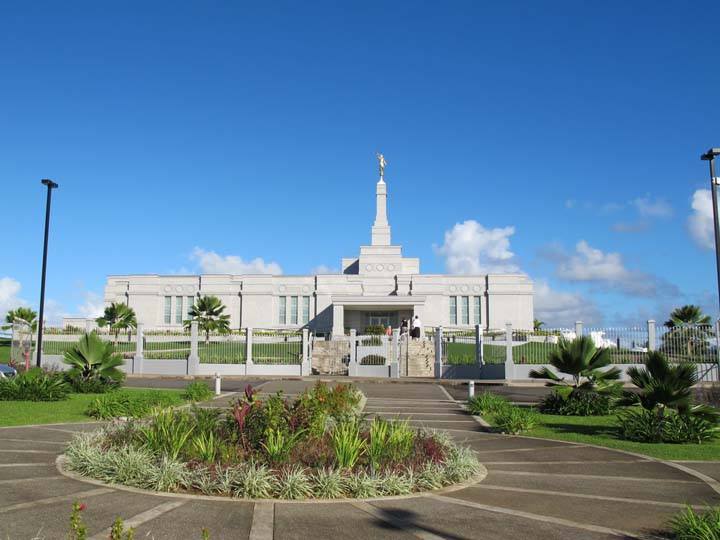 The Sacred Heart Cathedral in Suva was built in 1902, is located in Pratt Street and is the largest Church in the city and is directly under the global Roman Catholic Church headed by the Pope. Catholics make up about 10% of the entire Fijian population.

The design is similar to Catholic Churches in Italy. The Church is a wonderful structure with beautiful stained glass windows and a high arched ceiling. The Church doors are open 24/7 for prayers by parishioners and the general public hence it is acceptable for visitors to enter to not only pray but to admire the magnificence of this holy structure. Attend a Sunday morning service and enjoy not only the sermon but also the glorious singing of the choir, filling the entire street with their superb harmonizing. 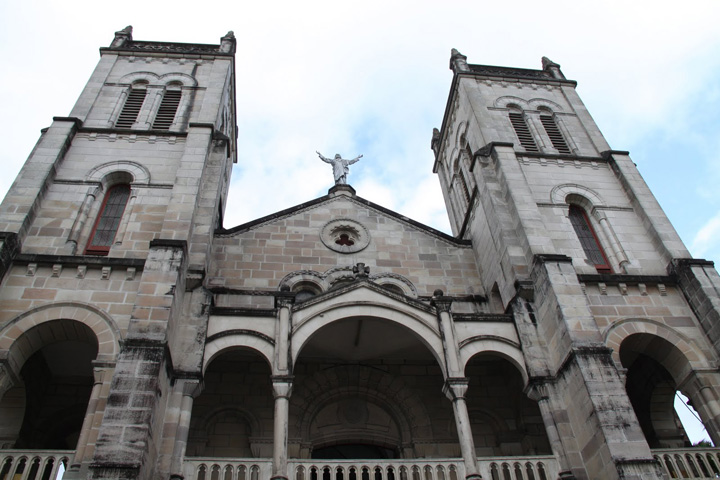 With the name derived from the Old Testament verse, Potter’s House is a word which is often used by other independent church groups. The Christian Pentecostal Church is recognized in 112 Nations. The church has an evangelistic program involving open air preaching, personal witnessing, as well as door to door canvassing.

This beautiful Catholic Church sits on the outskirts of Suva City towards the town of Nausori. It’s on a beautiful spot located on the Rewa Delta. The structure resembles a one storey, smaller and simpler version of the ‘Nidarosdomen Cathedral’ in Norway. The Church has intricately stained glass windows, probably brought in from overseas at that time, set with brilliant colors.

Nailili Church was built by Fijian Catholic scholars on a site which was originally where struggles for converts were carried out between Wesleyan and Catholics. This Church has seen better days and at the moment is close to ruins with its decaying roof and old foundations but is still being used by the people of that area.

The Methodist Church was already established before the Colonial Government of Fiji and the Fiji Military Forces were formed. The first Methodist Missionaries arrived in 1835 with the sole aim of converting the entire country to Christianity. However at the time there were many indentured Indians who held strongly on to their faith hence the Methodist fellowship spread more widely amongst the Fijian people.

Methodists make up almost 40% of the entire population and form a key part of Fiji’s social power structure. The Church, located in Stewart Street, is proof of this great change in the beliefs of the people of Fiji, and is evidenced by the wonderful Roman inspired architecture.

Out of 47% of the Indian population, 16% are Muslims. When the first indentured laborers came to Fiji, 22% of them were Muslims. They dispersed all over Fiji to populated areas including Suva. The original number was seventy which has now increased to form the second largest ethnic group in Fiji.

Mosques are considered extremely pure places with the focus on prayer and seeking blessings and forgiveness from the Creator. The Mosque has a peaceful and calming atmosphere conveying a fulfilling and overwhelming feeling in the spiritual sense. When entering the grounds, your head should be covered and shoes removed. Men and women are separated from each other due to religious beliefs and customs. It is advisable to be respectfully covered when entering Mosque.

There are some smaller establishments called ‘Marqaz’ in certain residential areas, which are visited more often than the main Mosques due to convenience of location.

Find us on
Experience Suva Reviews